Having a solid foundation, aka your tactical loadout, can really make or break your NERF war. The ideal NERF loadout will vary depending on the type of game you are playing and the role you have been assigned.

Many tips are specific to your choice of role, which will influence your primary weapon and hence all other choices. Strategically selecting your equipment will vary battle to battle, but there are a few key tips that will serve you well regardless of the war you find yourself engaged in.

Imagine being able to quickly reload, knowing just before you run out of darts, and being able to almost instantly switch between weapons. How much better would your game get?

Well, the answer is a lot.

What are they I hear you ask? Well young Padawan, they are as follows:

Do yourself a favour and make sure your primary uses stick magazines. These can be changed very fast and can be used with multiple weapons, making them a good place to start building your loadout from.

Also, ass they are flat and sleek, they are incredibly space-efficient. That means that you can keep more in your holster. And who wouldn’t want to be able to keep a maximum amount of ammo on themselves at all times? 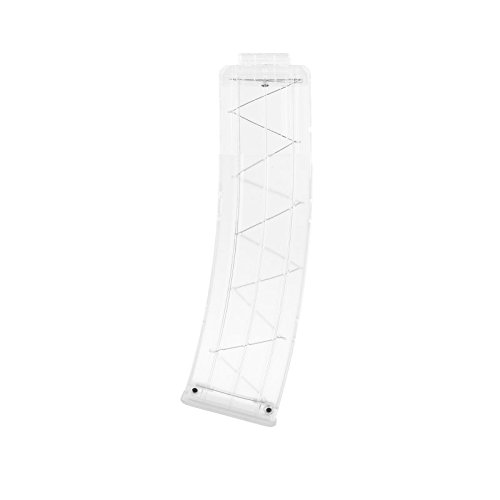 If you are using a mag fed blaster, using clear mags like the ones shown can make it so much easier to see how much ammo you have left; turning your blaster to the side is all you need to do.

Just by using these rather than the standard mags makes it much easier than pulling your mag out and unloading it just to see how much ammo you had left.

This also leads me onto the next tip… 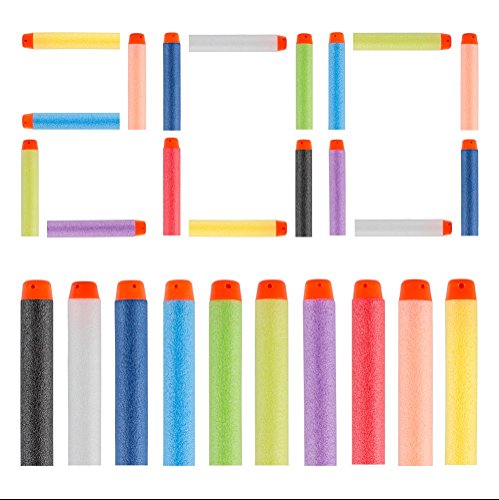 It may sound like a trivial detail to pay attention to, but surprisingly the two extra seconds you spend loading your magazines with different colors can make a world of a difference. Think about it, if you are in the heat of a NERF war, are you going to have enough time to look down at your magazine to see if you’re getting low?

Instead, you’ll probably be gazing out into the field and keeping your eyes on your target. So as soon as you see a different colored dart fly out of your blaster, you know that you need to get ready to reload and you won’t waste any time flailing around with an empty weapon.

We like to have our last five darts in a different color (preferably a bright one!) so that you will alert yourself and have enough time to prepare to get to cover to change your magazine.

A good battle belt is essential to any serious NERF warrior, and you need to be strategic about the one you pick. As they come in many different materials, a lot of the choice comes down to personal preference. However, for soldiers that like to get down and get in the fray, having a cloth battle belt will be an advantage.

Cloth belts will move with you making it easy to turn suddenly and twist yourself into small spaces for cover. Plus, as you use your magazines, the cloth will flatten down giving you more wiggle room and literally decrease your size to allow you to make yourself more inconspicuous.

During certain games, sock grenades are encouraged. For those battles, you want to be sure that you have easy access to your arsenal. A cheap and effective solution to this potential pitfall is to pick up an industrial strip of Velcro from your local hardware supply store. Don’t buy hook and loop. For NERF, you want the real deal Velcro. Once you have that, you can literally clasp it around your waist as if it were a belt and attach your sock grenades.

The best way to ensure that your “grenades” stay in place is to wrap your socks in duct tape and attach a small piece of Velcro to the back, which you can then hook onto your makeshift belt.

Using a drop leg holster isn’t appropriate for every game. However, if you are playing in a fast-paced environment or you need quick access to a whole lot of ammo, having an extra gun at the ready is invaluable.

Purchasing a quality drop leg holster that has flexible elastic to allow you to move naturally is the most important asset. If you have an inflexible holster that inhibits your leg’s range of motion, the benefit of having an extra weapon available will be all but canceled out.

Sometimes silence really is golden. For those times, nothing will be more useful than a suppressor. Having a quiet weapon will allow you to sneak up on your opponents as well as prevent you from giving away your position. Can you think of any time this would be an asset to your game strategy?

Before we go any further on this one, DO NOT wear camo if you are having your NERF war in a public space like your local park. The last thing you want to happen is to be mistaken for a real-life gunman. So take the advice of the police and make sure you and your blasters look like toys and not like real firearms.

However if you do have some private space, then just like in a real battle, what you wear matters. If you try to hide in the trees and you’re wearing a bright orange shirt, good luck. Dress in something that will downplay your presence. The better you can blend in, the better chance you have of getting away with your tactical maneuvers.

Although it seems simple on the surface, NERF can quickly become an involved undertaking. To really improve, you will need to dedicate yourself to not only understanding the rules of each individual battle, but also the strategies that work best in a variety of situations. Furthermore, how you choose to equip yourself will depend on your skillset as a NERFer and the position you prefer to play.

How and when you should modify your NERF blasters is a subject for an entire article on its own. However, there are some basic mods that will serve you well in almost any situation.

Take out the electronic and mechanical locks for a flywheel blaster

This will allow you to precisely control the loading of your magazine as well as cock your weapon more efficiently to fire.

Change the power by adding extra IMRs and batteries

Increasing the power will speed up the flywheel and hence the muzzle velocity of your darts. Be careful not to go too overboard as you can damage the motors and, if you go over about 120fps, make your blaster ineligible for many NERF wars

Put a stronger Spring into a Spring Blaster

It is important, therefore, to spend some time participating in a number of NERF wars. Once you begin to understand yourself as a player, you can then begin to meld into a group and find a strategy that works not only to improve your tactics as a player but also helps advance your group into the winner’s circle.