You are here: Home / Hints and Tips / Are NERF Guns Dangerous? Hints and tips on NERF gun safety

Are nerf guns dangerous? This question came to the forefront of the public opinion forum when CBS released a story claiming that modifications to the foam ammunition and internal mechanisms converted these inoffensive toy guns into something much more sinister. Since then, parents have frequently found themselves pondering the pros and cons of purchasing a NERF gun for their children who incessantly pester them on the subject.

Should you let your child have a NERF Gun?

Let us start by saying, NERF guns are pretty safe; they have no lead paint, few movable components, limited power and lightweight sponge darts for ammo. There are of course basic elements that will make them safer still as even during the course of an uneventful NERF war, it is best to take some precautions to avoid even accidental injury.

Understanding NERF guns safety is valuable information for everyone playing. Whether you’re having a close-up workplace battle or a long-range neighborhood campaign, you should know the dos and don’t associated with toy blasters. So let’s take a look at those basic tips and start with probably the most basic one of all

Don’t look down the barrel of a NERF gun.

Even if you think it’s not loaded, it is better not to risk your eyes should an accidental discharge happen. Soft NERF bullets can do damage when fired at close range into an eyeball.

Keep your finger off the trigger and the gun pointed at the ground until you are ready to aim at your target.

Never fling your gun around. Knowing where your gun is pointed at all times is good etiquette as well as a safety precaution. You don’t want to accidently shoot someone mid-conversation because you weren’t paying attention.

To prevent misfires, do not leave your gun lying around loaded.

In a similar vein to knowing where your gun is aimed, you should also know whether or not it is loaded. You don’t want an unsuspecting victim (like your dog) to mistakenly be shot.

As a general rule, do not aim for the head. Instead, always shoot for the body. Although the darts are soft foam, you do not want the risk of a dart taking some grit with it and hitting your opponent’s eye. So avoid aiming for the head.

Following on, just in case you do get hit in the head, then you should always wear some safety glasses or goggles when you play.

Be on the safe side, NERF wars are fun, but they are not worth losing your sight over. 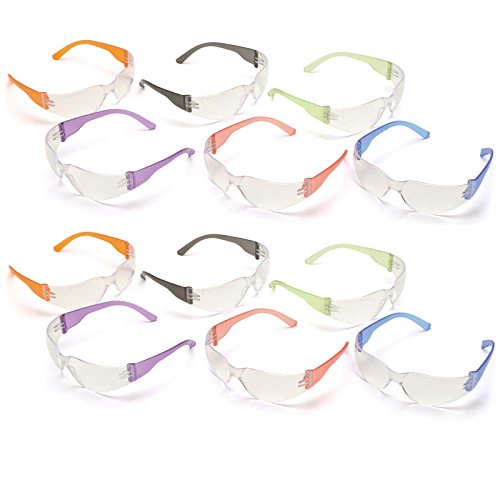 Besides just being mean, shooting animals can damage their trust in you and result in a hostile interaction the next time you encounter them.

Also do not shoot at people that are not involved in your game, even accidentally. If you find yourself playing in an area where there are other people, call a truce and move. You are only going to antagonize people and find yourself on the end of a tongue-lashing or even the wrong side of the law.

Do not play NERF wars on the highway

There have been some stories of people taking to cars to chase targets. In the excitement of the chase drivers have lost control, which has lead to some serious consequences.

NERF wars are designed to be fun and winning is great, but it is not something worth dying for

As NERF guns are safe to use and cheap to come by, NERF Wars have become a popular activity for “kids” young and old. These informal games are generally fun and safe; a simple outlet for stress and an accessible way to live out your Call of Duty fantasies in the real world. However, as with any game that requires you to be rule-abiding, some players see the rules as something to be broken.

Every year, police departments around the country are called out to investigate what a citizen imagines to be criminal activity only to discover that the culprit in question is merely a NERF War participant.

How can this confusion occur?

Imagine how comfortable you would feel if you spotted a group lurking around your property dressed in dark clothes, wearing hoods, and carrying around what appeared to be a weapon. You would probably feel a bit leery and call for backup.

So remember, participating in a NERF War should be fun for all involved parties, and this includes bystanders. When those who are ambushing their opponents are hiding in strangers’ truck beds dressed in dark clothing and masks, people are bound to react and the unexpected might happen.

To minimize this risk, all NERF guns come painted in bright colors. However, many players have taken to painting the brightly colored toy guns dark colors to camouflage them and make them look more like a real gun.

While this may be an effective tactic to keep you from being pinpointed by your opponent, it is also a surefire way to have passersby mistake your NERF blaster for a real weapon. And in states where open carry is the law, this mistake could be far worse than you bargained for.

Originally NERF guns were made to a one-size-fits-all approach. However as people started to make changes to them, NERF saw that there was a market for NERF blasters with varying amounts of power and complexity.

Many NERF blasters are simple, low powered and designed for younger kids. However as the demand for more advanced and powerful blasters grew, Hasbro introduced the N-Strike Elite Range.

The N-Strike Elite range is more powerful, with muzzle velocities around 70-75FPS and ranges of about 30m using the standard ammo. The range also features some advanced, battery-powered blasters that are fully automatic with rates of fire up to 5 rounds per second!

Finally, there is the 100FPS Rival range which is designed for, and marketed to, the 14+ age range. These fire spherical, golfball-like ammo, which is more accurate but still very safe when used as intended, even when fired from the top of the line Nemesis machine gun.

So the idea that people modify NERF guns is not surprising. Everyone always wants to work with the biggest, the strongest, and the fastest tools. Those who play with toy guns are no different. However, the way these toys are modified can seriously affect the safety of using them.

Many people reskin them to make them look cooler or like a blaster from a film or TV show. As long as they still look like toys, this is not a problem and adds to the fun.

However there are some modifications to these blasters that can do real damage.

NERF guns are having their air restrictors removed, higher voltages pushed through their motors, and stronger springs fitted. The typical muzzle velocity of an Elite blaster is between 70-75fps (feet per second) Most modification kits push this up to around 120FPS. At these speeds the darts fire further and truer.

Most of these modifications are harmless, they will not cause any lasting damage when they hit your skin, even at close range. They simply serve to boost the performance of the gun and give the player a slight edge over the competition.

However some are really amped up and deliver darts at some frightening velocities. For pretty much any NERF war you will come into contact with, they will insist that modified blaster all have muzzle velocities below 125 FPS. So do not be tempted to go over this as it is both dangerous and likely to get you banned from most games

Some people will slip BBs into the shaft of the foam bullets so that they will fly further. Others will weigh down the tips with globs of hot glue to harden the impact. In both cases, these modifications are able to enact damage and leave the recipient of a shot bruised and scratched.

Similarly, there are cases of seemingly innocent foam darts being pricked with sewing needles and push pins so that they will contact a target with a sharp, stinging point rather than a rubber surface. Even more extreme are situations when entire thumb tacks are glued to the tip of the NERF bullets. This modification is particularly damaging because it means that a body will encounter the length of an entire tack before the surface area of the rubber bullet stops it from driving into the skin.

Although these may seem like extreme modifications that are seldom encountered, there are, unfortunately, a multitude of websites and YouTube videos offering detailed descriptions of how to modify your NERF guns to these specifications. Therefore, make sure that you are aware and wear safety equipment when you participate in NERF wars as well as confirm with the organizer that these types of modifications are not allowed.

NERF Guns Are Great for Learning About Firearms

Because NERF guns require a certain amount of etiquette when operating them, they are a great vehicle through which to teach firearm etiquette. Although not everyone will graduate from toy guns to real firearms, it is always good to be aware or how to handle these powerful weapons because they actually can be dangerous.

Plus, should you accidentally have the authorities summoned to an impromptu NERF War by wary neighbors, it’s good to be well versed in how to remain safe in the presence of a real weapon.

Remember, not everyone is playing a NERF War, not everyone is even aware that these games exist. Therefore, it is important that you approach your next battle with an attitude of safety and consideration of non-participants in mind.

Be smart, be considerate, and don’t trespass where you are not allowed to be. If you respect the basics, you’re guaranteed to have a great time with your NERF gun and won’t have to worry about causing damage to anything or anyone.